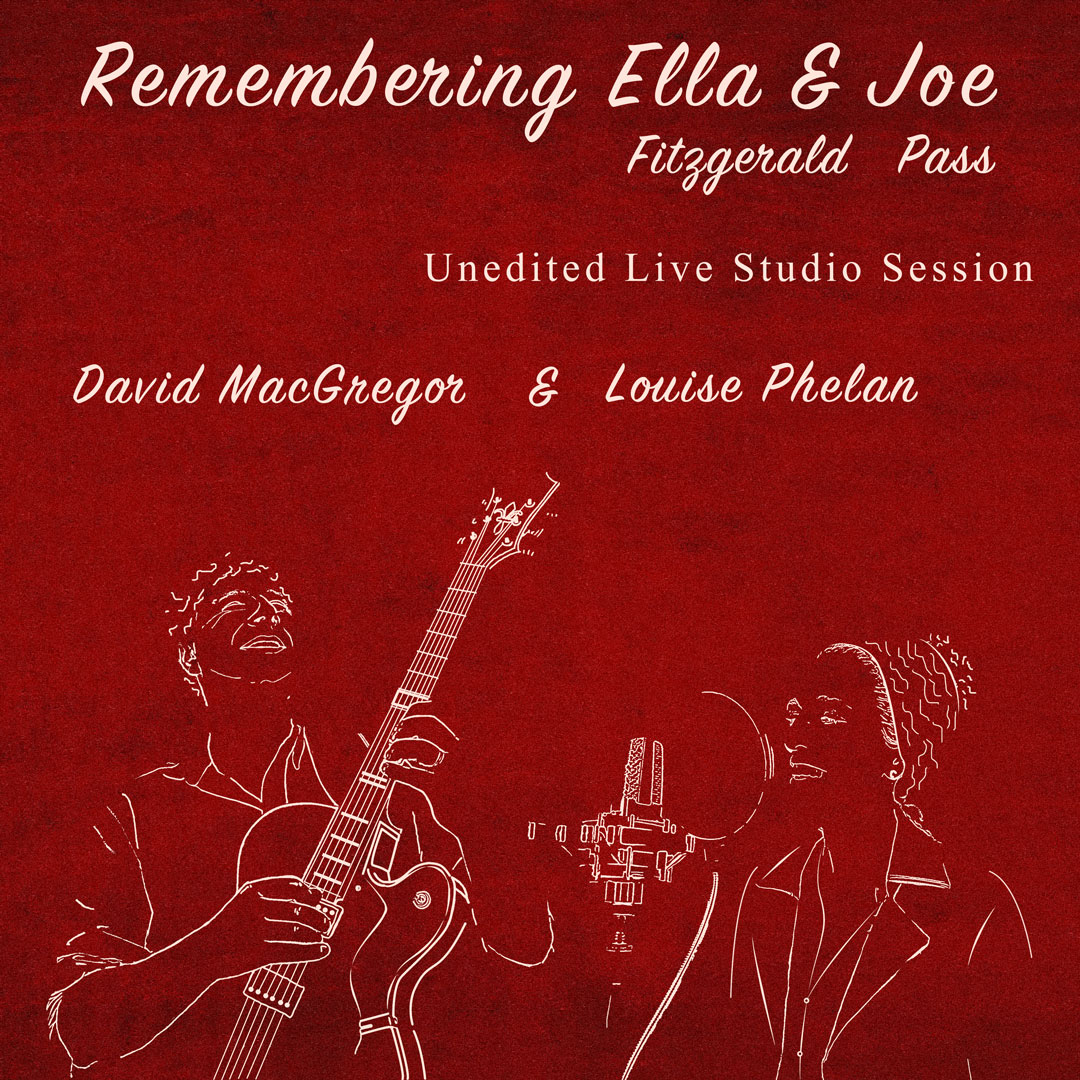 David MacGregor and Louise Phalen went into Victoria Digital recording studio in Mexico City on July 6th, 2017 and recorded this live studio performance as a tribute to two of their favorite Jazz musicians Ella Fitzgerald and Joe Pass. A modern sounding album recorded the old fashion way, live in the studio with no overdubs.
Now, 4 years on this album will finally see the light of day, so sit back and relax and enjoy this homage to two of jazz history’s greatest musicians 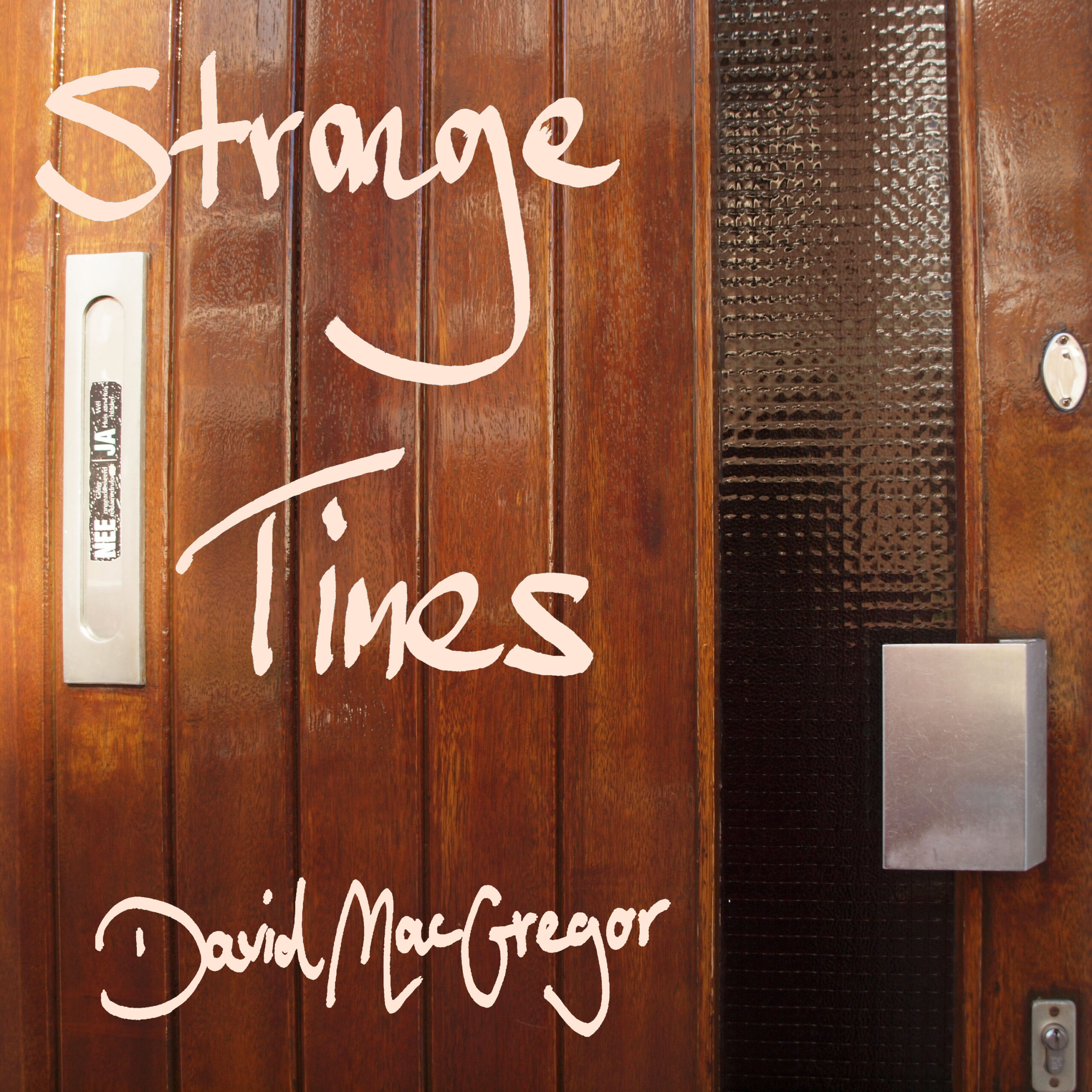 This song was inspired during the time of the Lockdown and the feel of the song reflects the more slow day to day life that most of us were living throughout this strange time. The melody of the song evolves through many different moods that we were all going though together even if we felt alone. I hope that this song can help people to feel less isolated and feel that even though we are away from friends and family we are in this together.

LOOKING FOR A PLACE CALLED HOME 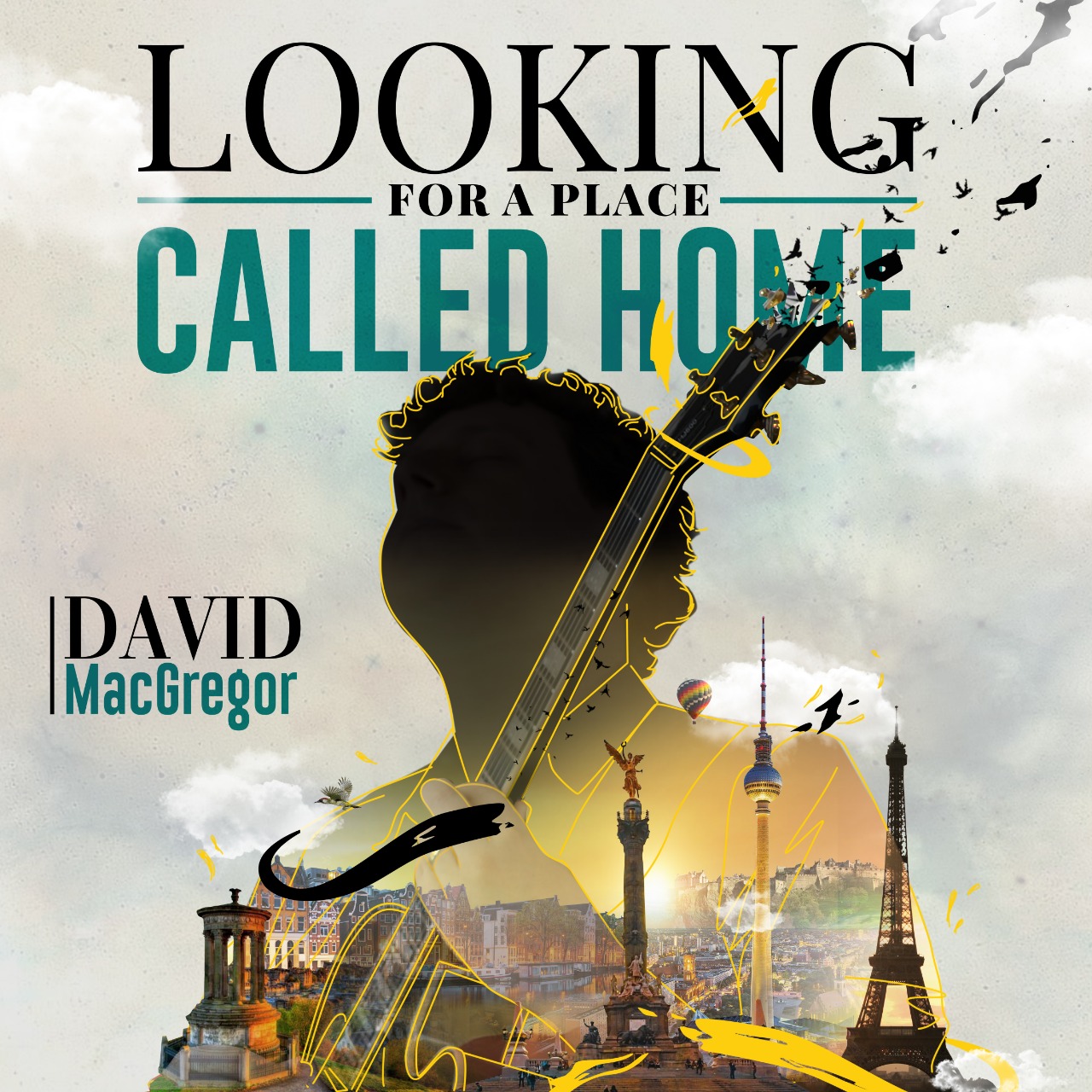 The music on Looking for a Place Called Home was inspired by MacGregor’s travels around the world. Each song represents a special memory or life lesson from the last 10 years of his life.

“Through the last decade, I found myself worrying about finding that perfect place to live and achieving all my professional and personal goals as soon as possible. While putting together this collection of songs and reflecting on what inspired them, I realised that I was always where I needed to be at the right time. Perhaps, I could have enjoyed the journey a little more and worried less. Living in the present and worrying less about the future is a very pleasant and freeing way to live. I wanted to create this album to help people enjoy the present moment.” – David MacGregor 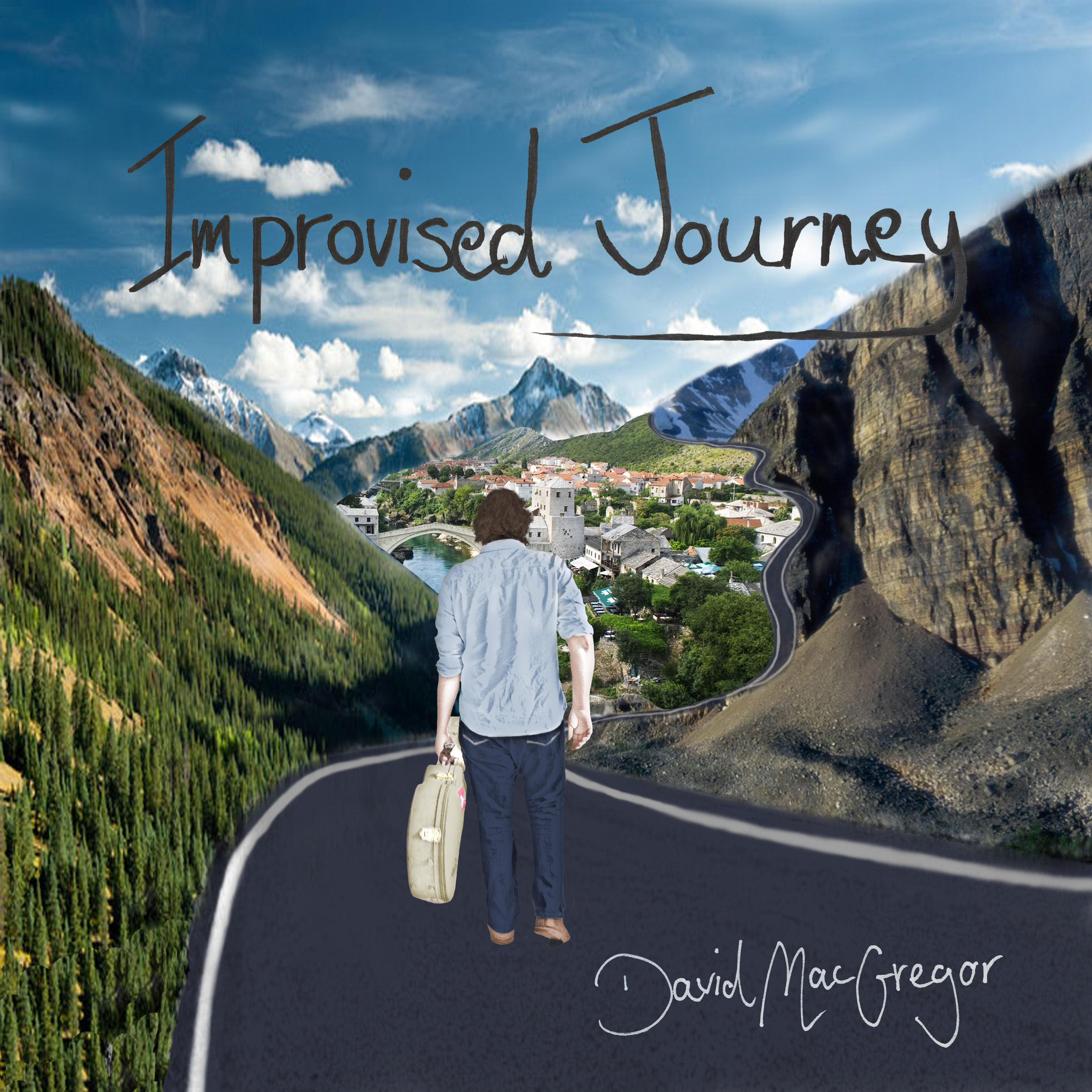 “David MacGregors’ Improvised Journey” is a journey indeed, a soulful winding tale that sonically captures the landscapes of a well-traveled musician. The sonic quality of this record is stunning with a lot of warm lows and mids, and just enough sparkle on top to really entice the senses. Listening to this album I can easily see myself sitting at a coffee shop indulging in an overpriced hot caffeinated beverage, Likewise, sipping some wine on a cool summer night would be accompanied beautifully with this soundtrack! David is an accomplished musician and it shows in this collection of songs that are equal parts virtuosic and melodic! A collection of songs that would fit in any Guitar/Music lovers library wonderfully!!!” – Henry Stax, CEO at Guitar Player Collective Miami, Florida, U.S.A.

I was born in the small town of Dunfermline, Scotland. The town was the former house of many Kings and Queens and its name comes from the ancient Gaelic word Dún meaning fortified hill. You can imagine an entire hill covered in grey brick medieval buildings surrounded by the green landscape that characterises Scotland. I never realised it at the time but this was a truly inspiring place to grow up!

At the age of 16, I left home and started traveling around Scotland playing music. After a few years I settled for a while in the city of Dundee. All in all I had a great life there, playing in a few different bands and teaching guitar, but something was missing. I kept getting more and more of an urge to travel with my music until one day I decided to sell almost everything I owned and jumped on a plane to mainland Europe. This was one of the most important decisions I have made in my life and has took my on a journey all over Europe, North and Latin America.

Life is an Improvised Journey, you never know what will happen, you just need to go with the flow… It has certainly been the case for me since leaving Scotland. I recently moved from Mexico to The Netherlands and as I am continuing on this path, it is the perfect time to release this album marking another milestone in my life.

LIVE AT THE HINCKLEY ACT

by David MacGregor and Si Hayden 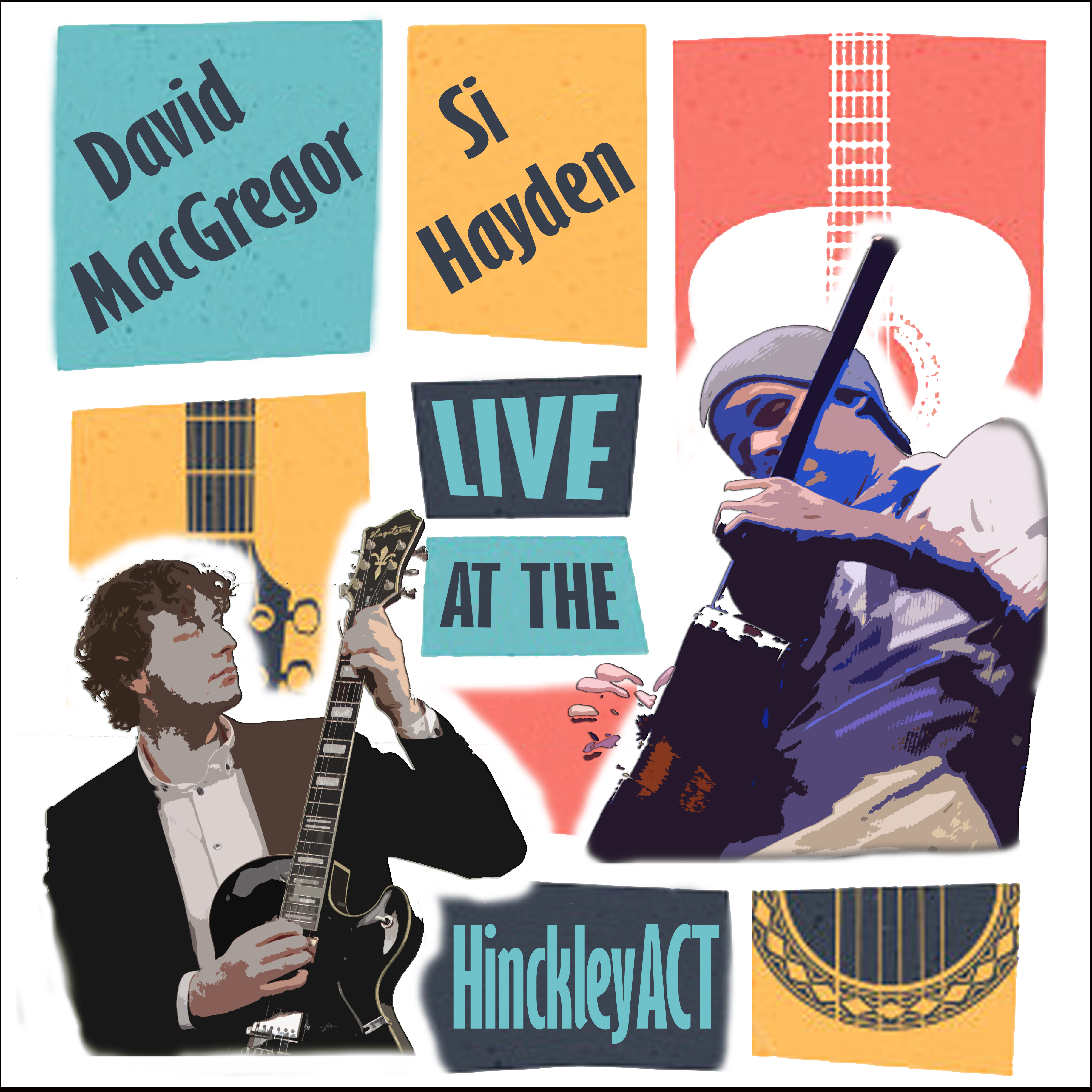 “Well we promised you fireworks, and I think you’ll agree… they delivered!” (Pam London/HinckleyACT) 16 live tracks of originals & standards from David MacGregor and Si Hayden’s 2015 concert at the HinckleyACT.

On the 25th of September 2015, the World Jazz Guitarist David MacGregor and Acoustic Virtuoso Guitarist and Bassist Si Hayden performed together for the first time.

The venue was the HinckleyACT in Leicestershire, England, which is well known for presenting some of the best acoustic musicians in the world.

So how did this show come about? Well… Many years before Facebook and Twitter existed it was very common for musicians to have pages on MySpace. In 2008 David was just starting to discover the world of Solo Jazz Guitar and whilst searching MySpace for other Solo Finger-Style Guitarists he discovered Si Hayden. He was really impressed by Si’s playing and decided to contact Si and ask for advise on having a career as a solo musician. Si got right back giving David some great advice and encouragement and they have stayed in touch ever since.

A few years later David was booked to play in Si’s hometown for the 2013 Coventry Jazz Festival. Si (also on the bill that year) came along to David’s performance. After years of keeping in touch they finally got a chance to meet in person and talk about working together. They decided the easiest way to get things started was to perform a concert together and then a little later, Si thought it would be a great idea to record the concert and release it as a Live Album.

This, however, is just the beginning. Si and David are in the early stages of putting together a duet album of original music, working remotely, as David lives in Mexico and Si in England…